Learn where the use of artificial grass materials in sports fields originated. Understand how the technology of sports turf has advanced over time. Hear the benefits that transitioning to a synthetic turf field provides.

Nowadays, sports are played everywhere and at any time. This is possible mostly because of the advancement of modern technology that has provided creative solutions for all weather and maintenance-related difficulties. The industry has created the perfect solution – a synthetic, weather-resistant surface that looks and performs like natural grass. But what's the history of artificial sports turf?

What is Artificial Sports Turf?

Synthetic sports turf is manufactured from synthetic fibers and is designed to imitate the look and feel of natural grass. It is generally used in areas that can't maintain natural grass due to weather conditions but has become more and more popular because of the little maintenance it requires. Synthetic sports turf is typically used in sports stadiums and arenas, but can also be found on playgrounds and residential lawns. 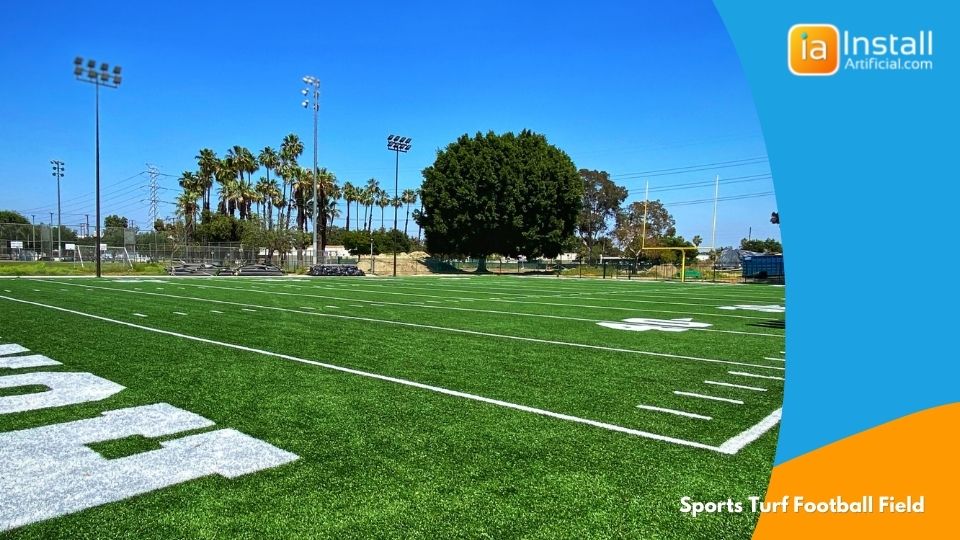 Outdoor natural grass fields are susceptible to weather so games can be canceled or delayed. After the wear and tear that comes with gameplay, they can be nearly impossible to upkeep and very costly to maintain. On the other hand, indoor athletic fields are sheltered from inclement weather but they do not get enough sunlight for natural grass to thrive.

For this reason, synthetic turf is ideal for sports fields because you can use the field no matter the weather and it can be installed in any area.

So who invented turf? Artificial sports turf was first brought to fame when used in the Astrodome, a newly-built stadium in Houston, in 1966. AstroTurf – a short-pile synthetic turf – was installed because they were struggling to maintain their natural grass field due to a lack of sunlight. For most of the 1965 season, the Astros played on green-painted dirt and dead grass and were desperate for an alternative.

The stadium owners and engineers needed a solution quickly, so they decided to try out a grass substitute made of artificial fibers called ChemGrass. The product was first used at Moses Brown School in Rhode Island in 1964 and became popular quickly. Today, the brand is known as AstroTurf and is manufactured in over 60 countries around the world.

In the early '70s, AstroTurf became a widespread system that helped usher in the age of domed stadiums and began to replace natural grass in sports facilities around the world. Initially using nylon, they transitioned to polypropylene – a more cost-effective material that is softer than nylon and lowers the risk of injury in athletes. Both nylon and polypropylene are dense with short pile fibers and are now known as the first generation of synthetic sports turf.

Artificial sports turf was quite a hard surface for playing, which resulted in increased injuries on the field and more severe joint injuries than they were seeing on natural grass. Over time, athletes and doctors became more and more skeptical of sports turf and various problems were arising:

In response, new synthetic turf for sports was developed. With a more uniform tuft spacing and sand firmly packed between the fibers, artificial turf fields became much more firm and flat. This gave players better control of the ball and made it less likely to shoot off in unexpected directions.

Though this second-generation artificial turf was ideal for sports like field hockey, it failed to match the behavior of natural grass. Not only did the playing characteristics of the ball not feel "right" for football, baseball, and lacrosse; it caused painful abrasion injuries from the sand.

In the early 1990s, many sports stadiums had converted back to natural grass playing fields. However, issues remained with the natural fields: difficult maintenance, need for abundant sunlight, etc.

The artificial turf industry advanced its technologies by creating synthetic grass blades and adopting an infill material that kept the grass from compacting, and synthetic turf regained its popularity. Because of the simplicity in the maintenance of sports turf, many universities and professional teams opted for installation once again. There were a few major improvements that created a new, 3rd generation, sports turf:

Artificial sports turf doesn't dry up and die if it's not in direct sunlight or consistently watered. It resists weather ailments such as wind and snow which creates a consistent and stable playing surface. It's long-lasting and won't need to be reinstalled often like natural grass. Cleats and rough play will not damage the surface of artificial grass as they do on natural sports fields.

Most sports fields with artificial grass will feature shock absorbency pads to better shield the players from injuries during games and practice. To meet field standards, there are many different underlayment pads for consideration. In some cases, you can even purchase artificial sports turf with built-in padding as shown below! 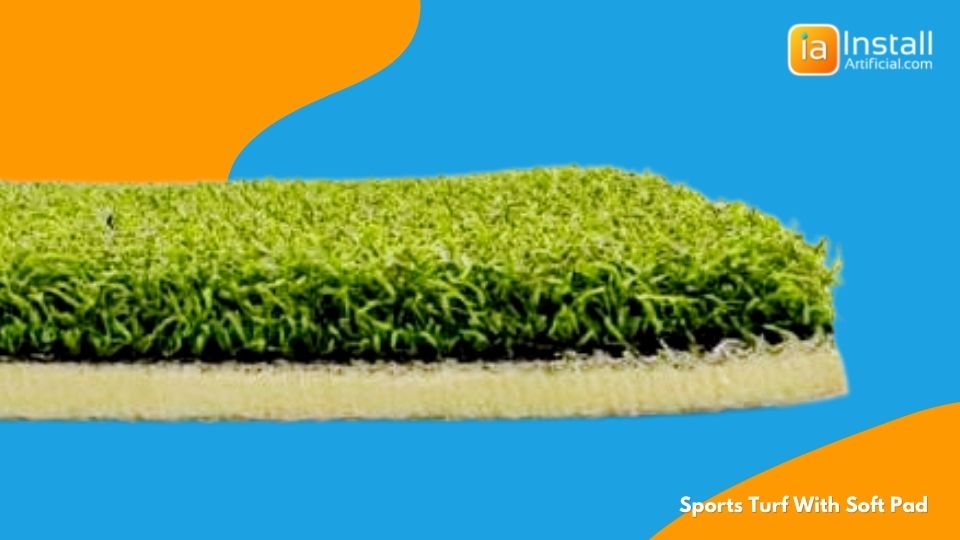 Modern technology has allowed for the development of sports turf to directly mimic the reaction of real grass. It now has the bounce and firmness that natural fields provide, with less maintenance.

Synthetic grass looks green and fresh all the time, so it’s very appealing to the eye. Artificial turf fields are available in many colors and can be customized to fit your needs with any logo and color scheme you want. Customization to your team can boost morale!

Artificial turf is cost-effective and convenient. It requires little maintenance to maintain its quality. The only maintenance needed for artificial turf is a simple brush to reshape the bristles after each game and weekly cleaning of the surface with water and a sanitizing agent.

With major developments over time, synthetic turf surfaces are taking a big step forward in terms of their performance. Turf technologies for sports fields have been continually improving and evolving at an unprecedented pace. Currently, sports turf is used in a variety of spaces; including professional sports stadiums as well as playgrounds and other recreational areas. It will continue to be an integral part of both indoor and outdoor recreational athletics in the future.

If you want to provide a safer, mud-free, low-maintenance playing field for your athletes or children, give us a call at InstallArtificial or request a free estimate below!

>> Request a custom deal on turf materials for your specific project in a few clicks! 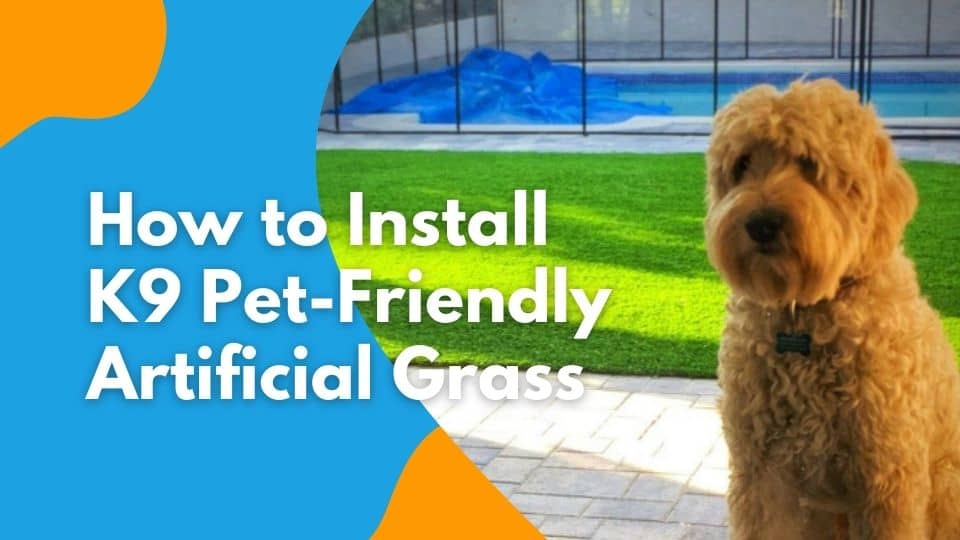 Learn how to install K9 pet turf artificial grass systems for dogs. Discover the best and most used approaches to proper pet turf drainage, and why it's so necessary....